5 Masters final rounds to watch back

Published on 24 April 2020
With live golf missing from our TV schedules, it’s the perfect time to go back in the archives.

The kind people at Augusta National have uploaded every final round broadcast from 1968 to 2017 on their YouTube channel. Here’s our pick of five of the most memorable Masters…

Bubba Watson in 2012
It’s difficult to say what’s more memorable about the 2012 tournament, Bubba Watson’s recovery shot on the second playoff hole, or the tears of joy for his first green jacket. The Masters was a three-horse race until the final Sunday, before Phil Mickelson posted a triple-bogey six and Louis Oosthuizen fell short at a playoff hole. Watson pulled his best shot of the Masters out of the bag, and the rough, to give him the historic win.

Ben Crenshaw in 1995
Already a winner in 1984, Ben Crenshaw was nearing the end of his illustrious career when his long-time mentor Harvey Penick died shortly before the 1995 tournament. The Texan called on all his composure to beat Davis Love by a single stroke at the 72nd hole to win his second title. His emotional celebrations are long etched into the memory of golf fans today.

Charl Schwartzel in 2011
It looked like 2011 would be Rory McIlroy’s year before a collapse over the back nine on Sunday saw the Northern Irishman squander his overnight lead. Eight players were in contention during the final round including Tiger Woods, Adam Scott and Jason Day but none of them could match South African Schwartzel’s string of birdies over the final four holes. He snatched the win by two shots for his first and only green jacket.

Jack Nicklaus in 1986
The Golden Bear was well past his golfing prime in ‘86 but that didn’t stop him from securing one last major championship. A final back nine of one bogey, five birdies and an eagle at hole 15, is often regarded as the greatest charge in Masters history. The six-under par finish proved too great for his competitors and Nicklaus picked up his sixth green jacket and an 18th major championship victory, a record held to this day. 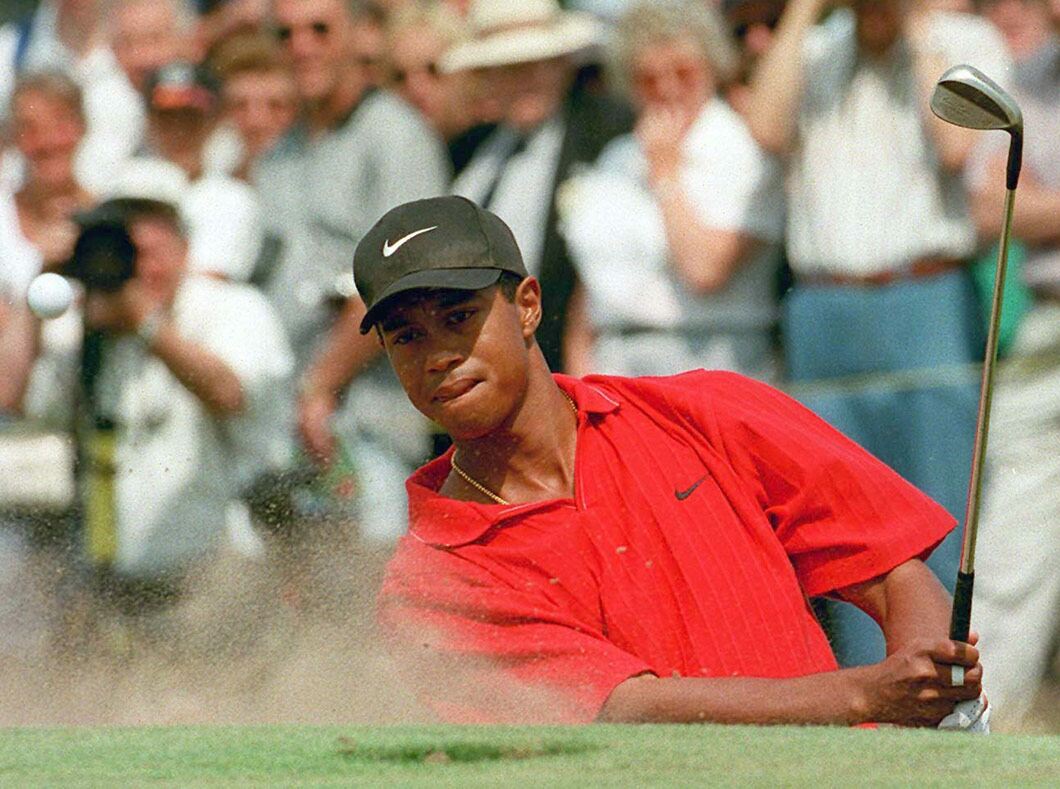 Tiger Woods in 1997
A 21-year-old Tiger shook the sporting world in 1997 in his debut Masters as a professional. After a front-nine 40 in the first round, he was soon finding his shot to chalk up a back nine six-under par 30 for a two-under par 70. The young golfer went on to finish 18 under par and win by 12 shots, his four-day total of 270 setting the lowest winning score at the Augusta National at the time and saw the young golfer presented with his first green jacket by Nick Faldo.