2022 is just around the corner. What better excuse is there to take a look at the golfers set to take the new year by storm?

Mito Pereira
There aren’t many golfers who can say they started 2020 ranked outside the top 300 before climbing to 83rd place in 2021. Pereira has already achieved three top ten finishes in his career, including one top three finish on the PGA Tour at this season’s Fortinet Championship. With so much positive momentum in recent performances, 2022 is set to be the year the Chilean builds on his stats sheet.

The signs are good for Pereira, just the twelfth player in 32 years to earn an automatic three-win promotion to the PGA Tour. We’re sure he’d love to repeat his amateur success, where he ranked fifth in the world amongst his peers.

Colin Morikawa
Hardly an unknown but not many golfers show the same level of promise as Morikawa. The Californian teed off his PGA Tour career with 22 consecutive made cuts, second only to Tiger Woods’ 25-cut streak.

His achievements don’t end there, as Morikawa could make it to the top spot of the Official World Golf Rankings before 2021 is through. A win at December’s Hero World Challenge will see the young pro become just the fourth player to claim the spot before turning 25. Not a bad way to start the new year. 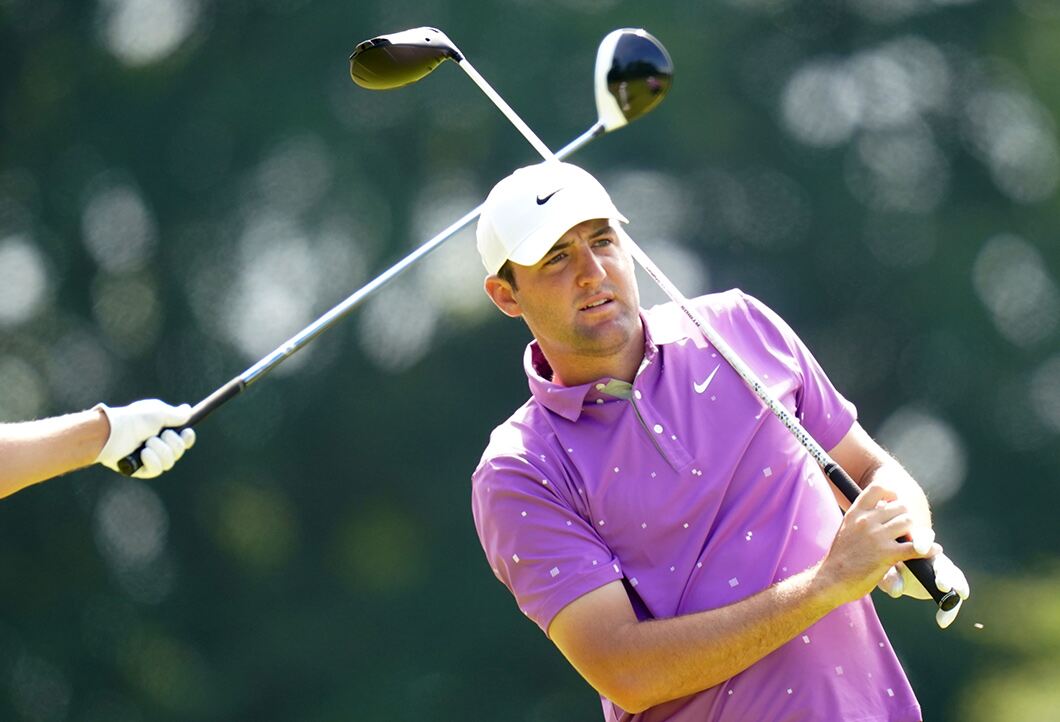 Scottie Scheffler
Scottie Scheffler made history at the Ryder Cup in 2021. His victory with Team USA at Whistling Straits came before recording a personal victory on the PGA Tour. It’s the first time this has happened in the modern era of the cup, since 1979, when the tournament expanded to include Team Europe.

In September this year, the former PGA Tour Rookie of the Year was the only player in the world’s top 25 without a PGA Tour title. It feels like it’s only a matter of time before Scheffler records his first major. You heard it here first.

Harry Higgs
Turning professional in 2014, Higgs has worked his way up the golfing ladder steadily ever since. After spending three years on the PGA Tour LatinoAmerica, the Texas native earned his card for the Korn Ferry Tour. Although he’s yet to win on the PGA Tour, he finished second at the Bermuda Championship and Safeway Open. His fourth-place finish on Kiawah Island in May has earned him a starting place at the 2022 Masters.

The well-loved character is famous for employing his brother as a caddie and has shared a few holes with former US president George W Bush. Higgs has a reputation for turning up late to appointments, so don’t be surprised if he shows up higher in the world rankings over the next 12 months.

Max Homa
You might have heard of Max Homa because of his posts on social media but the quick-witted player is much more than a caption connoisseur. The California man has already added to his wins at the Genesis Invitational (2021) and the Wells Fargo Championship (2019) with a PGA Tour win in the 2022 season. His victory at the Fortinet Championship in September is unlikely to be his last.

Homa’s big personality is sure to win him more fans over the course of the year as the three-time PGA Tour winner hosts his own podcast called Get a Grip. On the fairways, he’ll be hoping for more what he calls ‘Tiger moments’. Maybe they’ll come with a little bit of luck from his lucky coins; one dated 1991, the birth year of his wife and another from 2018, the year he got his beloved pet Labrador.