The PGA is a members' organisation for golf professionals. It has been at the heart of the game since 1901, when professionals of the day, led by the Great Triumvirate of JH Taylor, Harry Vardon and James Braid, formed an organisation to protect the professionals' interests and promote the game of golf.

Now based at Centenary House at The Belfry, scene of four Ryder Cups, the Association is flourishing with more than 8,000 members.

Many are club professionals specialising in the core subjects of coaching and retailing, but increasing numbers are fulfilling a wide variety of roles both at home and overseas.

The PGA is dedicated to training and serving golf professionals whose principal aim is to offer a highly professional service to amateur golfers at a club, driving range or other golf establishment.

The Association aims to gain the highest possible standards of employment for its members who must progress through an education programme, which is widely regarded as one of the finest in sport.

PGA Members also have an access to an extensive personal development programme which helps them continue their learning and prepares them to meet the challenges of the industry moving forward.

The PGA plays a significant role at different levels of the game, from junior coaching through to working with the top names in golf, and helping formulate and determine policy for the game at government level. This includes working closely with golfing bodies and building long-lasting relationships with other organisations, as well as leading and supporting positive campaigns around golf.

As well as retaining close ties with the European Tour, The PGA is a proud Partner of the Ryder Cup is the trustee of the Ryder Cup trophy, which was donated to the Association by Samuel Ryder himself. Its European links are further strengthened through another Ryder Cup Partner, the PGA's of Europe.

The PGA has recently created a new role for regional managers who are deployed across seven regions throughout Great Britain and Ireland. They are a vital cog in the Association’s system and support PGA Members as well as golf clubs in all aspects of their relationships.

Glenmuir have been one of the PGA’s longest standing partner spanning over 30 years. Glenmuir and Sunderland of Scotland supply a range of high performance golf clothing to the PGA including dressing the GB&I PGA Cup team as seen below. 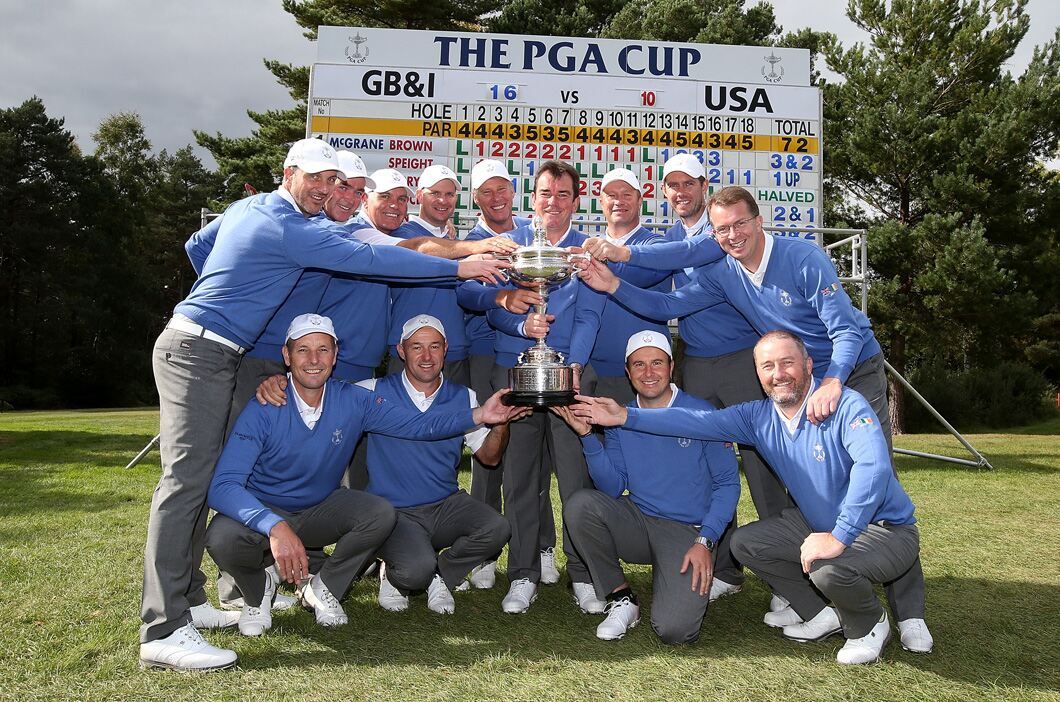