5 interesting bits of etiquette from the olden days of golf

Published on 19 December 2019
As a game originally invented for upper-class gentlemen, it’s no surprise golf used to have some pretty strange and archaic etiquette…

We’ve gone through the history books to find some of the most egregious examples. Let’s look at a few…

1. Drop ball? Throw it over your shoulder
Rule 8, introduced in 1908 stated: “A ball shall be dropped in the following manner. The player himself shall drop it. He shall face the hole, stand erect, and drop the ball behind him over his shoulder.”

No guidance was given as to which shoulder – only that dropping a ball in any other way would result in the loss of the hole. Mercifully, if the drop resulted in the ball rolling into a hazard, the player was allowed to re-drop without any penalty.

2. No storm too great
When it came to competitions, the 1891 edition of the St Andrews rulebook stipulated: “Competitors may not discontinue play because of bad weather.” This was later updated in the 1899 edition to include the penalty of disqualification for those who chose to call it quits.

But the definition of “bad weather” was never explicitly stated. Arguably, it could have including everything from snow, hurricane-force winds and flooding, to lightning storms – which are nowadays considered grounds for abandoning a game.

3. Hit your opponent to win the hole
The rulebook at St Andrews in 1812 included the stipulation that “if… the player’s ball strike his adversary, or his caddy, the adversary loses the hole.” This was as specific as the rule got – meaning opponents who managed to bop their opponents on the head from down the fairway would, technically, be deemed winners.

The rule did however state that if the ball struck a player’s own caddy, that player would lose the hole. So, if you were going to aim for a caddy, make sure you hit the right one. 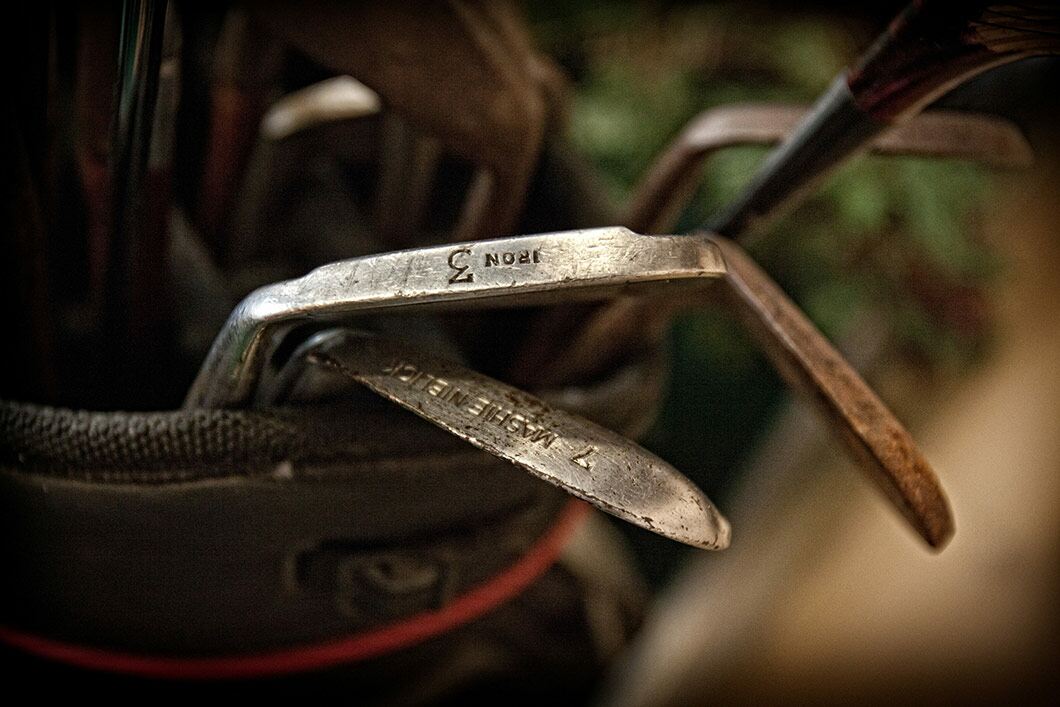 4. If your ball lands in a soldiers’ trench, play on
In the earliest surviving written rules of golf, created by the Gentleman Golfers of Leith, it was decreed: “Neither trench, ditch or dyke, made for the preservation of the Links, nor the scholar’s holes, or the soldier’s lines, shall be accounted a hazard.”

So, if your ball plunged into a military fortification on its way to the green, you had one option: go in to the danger-zone, get the ball, and continue playing it from the nearest satisfactory position.

5.   If you can’t play it, your opponent can
The 1828 rules of the Burntisland Golf Club includes this mysterious line: “When a ball lies in sand, mud, or amongst rubbish… that the player finds he cannot play it, it shall be in the power of his adversary to play it.”

In other words, even if you were playing an incredible hole, sitting prettily three strokes under par, if you found the ball to be unplayable, your opponent would have the option to hijack your ball.