Wales is a beautiful country with beautiful golf courses to match. Here are some of the best...

Royal St David’s, Gwynedd
What better place to celebrate the patron saint of Wales than a trip to Royal St David’s? Overlooked by the spectacular medieval Harlech Castle and located just a stone’s throw from the majestic Tremadog Bay, Royal St David’s is undoubtedly one of the UK’s greatest coastal courses. Locals argue that St. David’s is the world’s toughest par 69 course, and for a course that manages to really capture the true spirit of the Welsh dragon, you’d be hard pushed to find better.

Royal Porthcawl, Mid Glamorgan
A traditional links course located between Swansea and Cardiff on Wales’ south coast, Royal Porthcawl was given its royal status back in 1909 by King Edward. The course is perched above the Bristol Channel, meaning you’ll get rewarded with stunning views out across the water as you make your way round. However, this location also means you’ll have to factor in the wind, which whips off the sea and can cause havoc for the unprepared.

Celtic Manor, Newport
The Twenty Ten course at Celtic Manor was designed specifically to host the Ryder Cup (which it did, back in 2010), becoming the first course ever to be built specifically for the tournament. However, not all the holes are new, as nine of them actually came from the former Wentwood Hills course at the resorts. There are plenty of water hazards to watch out throughout, which makes the course all the more stunning during those early morning tee-offs. 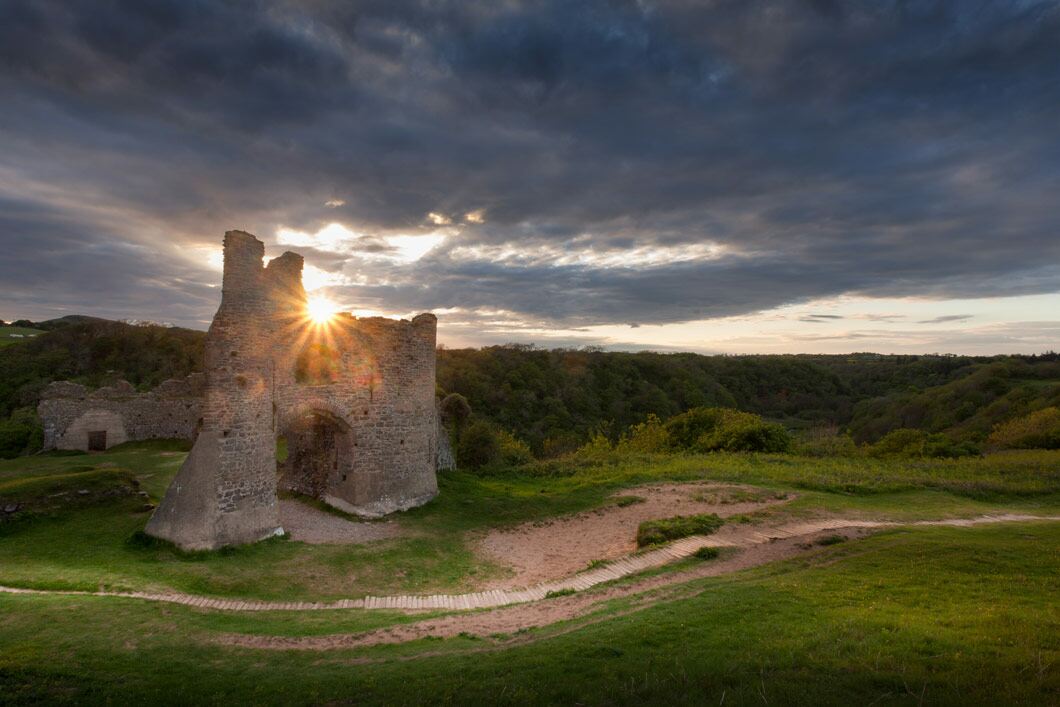 Pennard
Located on the gloriously rugged Gower Peninsula in South Wales, Pennard has some of the most dramatic landscapes to be found on a golf course. Perched on cliffs 200 feet above the Bristol Channel below, Pennard has been entertaining golfers since 1896 although even that history is overshadowed. The course is overlooked by the 12th century Norman ruins of Pennard Castle, perfect for a little cultural sightseeing after a round.

Nefyn & District, Gwynedd
Arguably the most picturesque place to play golf in the UK, the course at Nefyn offers an unforgettable round of golf on a course that winds itself along craggy clifftops and out onto the Porthdinllaen headland. To say the views on a clear day are breath-taking would be an understatement and if you’re lucky you might even be able to glimpse the far-off Wicklow Mountains in the Irish Republic. This course is simply a must-play for every golfer heading to Wales.