Home / Journal / White or coloured? Which balls are right for you?

White or coloured? Which balls are right for you?

18 October 2019
Coloured balls could offer a lot more than just variety to your golf bag. Is it time you added some colour to your game?

Golf is a game of traditions, and one of the most longstanding of these is to tee off with a white ball. However, nowadays, it’s not uncommon to see all sorts of colours flying down the fairway.

So, is tradition on the way out and, if so, are the white ball’s days numbered? We look at the arguments for and against white and coloured balls.

White balls
In the 17th century leather golf balls were painted white with readily available chalk or lead pigment to ensure they could be spotted amongst the green grass. So why could they soon fall out of favour?

The pros of white balls…
White has proven to be an excellent all-round colour for a range of golfing conditions. They are easy to find in grass, sand and mud. And they are considered the most traditional, meaning the colour goes unquestioned on the fairway and in club houses up and down the country.

And the cons…
White balls are harder to follow in the air than yellow balls, especially when it’s overcast. Over long distances, visibility of white balls falls in comparison to yellow. They also get dirtier much quicker than coloured balls. 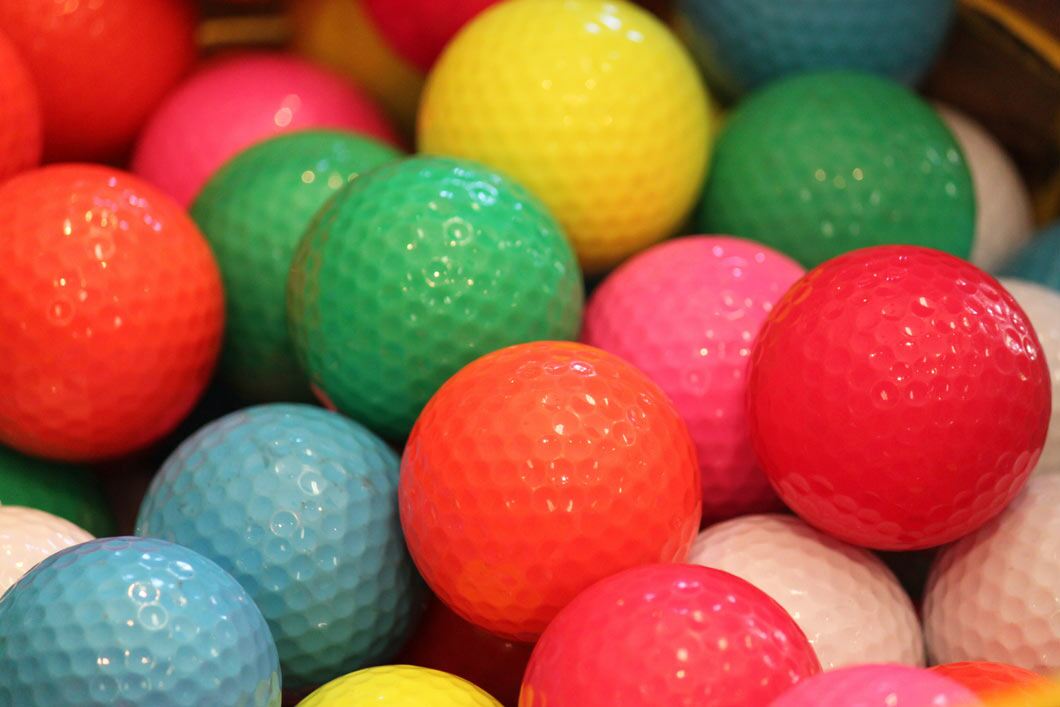 Coloured balls
Some people like to joke that coloured balls are the sign of a poor player – after all, they’re much more useful to players who spend more time in the rough!

But the reality is that coloured balls are becoming more popular, even with the pros. In fact, this year Titleist released their most popular ball, the Pro V1 and Pro V1x in high-optic yellow. Could this be an indicator of things to come?

The pros of coloured balls…
Most coloured balls offer improved visibility over white balls. Which colour is best? Yellow balls are three times easier to track over long distances and, according to studies, are easier to see at 250 yards than any other colour.

Some golfers also believe in the psychological benefits of colours. Red, orange and yellow are linked with feelings of excitement, energy and intensity. Blue and green are most associated with feelings of calm and peacefulness. The right colour choice could help you conquer your golfing demons.

And the cons…
There are a range of cons for different coloured balls. Blue balls offer poor visibility all round as they clash with the sky on long drives. Red balls lose visibility at night and against artificial light. Orange balls are easy to lose in bunkers. And of course, green balls clash with the colour of grass. That’s why you should always know your course and think hard before settling on any colour of ball.

What’s the verdict?
Golf is a leisurely game for many, where personal preference prevails. Who are we to pick a winner?

However, it’s fair to say there is a strong argument for yellow balls, especially since they may offer a competitive advantage. As major brands start to offer more variety, the future of golf seems a lot brighter.